A year after Google had announced its plans to retire Hangouts support for G Suite back in 2019, the process of closure of the cross platform messaging app that was originally featured in Google+ had been initiated. The tech giant aims to migrate all users to their very own Discord and Slack competitor Google Chat by the first half of 2021.

They claimed that Fi support and the call phones feature will no longer be available on Hangouts and with that, SMS access will be relocated to the Messages app for web and Google Voice users are to be transitioned to the Voice app.

This, according to Google has been done in order to comply with the new telecommunication regulations that have been introduced in Europe and the United States for 2021. Is Google Shutting Down Hangouts and will Google Chat for everyone?

In a blog post published on October 2020, Google claims that all hangouts users will be migrated to Google Chat which, earlier available to only Google Workspace customers, will now be a free service, both integrated into Gmail and a standalone application. In order to make the transition process smooth and effortless, Google will help automatically migrate all conversations, contacts and saved history data from Hangouts. Specific guidance regarding the transition process will be shared when the process begins.

According to claims, Chat will feature similar Hangout like group messaging, emoji reactions and other features that users are familiar with and new features like send to inbox, faster search and suggested replies. The improvements and new features will help users plan and share goals, assign tasks or share files and content with others having similar interests in a more seamless and convenient manner.

In addition to features, the new application boasts of having superior privacy features that will protect users from phishing and malicious content and as a result, ensure safer browsing.

What else is new?

As Chat will be the main focus for text based communication needs after the Hangouts exit, Google is promoting its very own Zoom competitor- Google Meet to take care of Video Conferencing needs for users during this era of working from home due to Covid 19.

It’s important to note that users will only be able to export their current Hangouts data until July 2021, it will be beneficial for the users to transition sooner than later as upgrading to the newer options and moving forward is the best option considering the risks of losing all the old data. 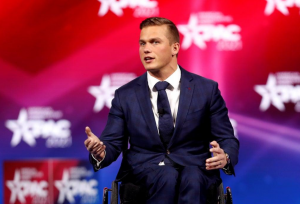